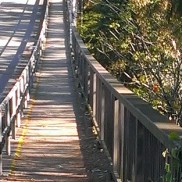 Fear comes into our lives at a very early age.

Babies cry when they hear a loud noise. Toddlers have night lights, because they are scared of the dark. We teach our children to fear, with messages like the stranger-danger campaign. When I was a child, I would always run over bridges, because I was afraid they would fall down while I was crossing. We learn to listen to our fears and develop behaviours around them. Fear teaches us to move out of the way when a car is coming, step away from the edge of a cliff, avoid people who seem threatening. It keeps us safe from danger, keeps us alive.

Fears can range from the extremes of total panic to merely a touch of nerves and anywhere in between. It’s how we deal with them that defines us.

I recently attended a conference with over 350 attendees. For me, networking and meeting new people is a fun activity which I enjoy. However, as I chatted with various people, it became very clear that many of them felt quite the opposite. They were uncomfortable, even stressed about the uncertainty of being around so many people they didn’t know, and the pressure to hold conversations. What if they said the wrong thing? What if people didn’t like them?

What I found even more interesting, was later when I had conversations with some of the presenters. These were high profile experts in their fields, many of whom had been flown in from overseas to speak. They too spoke of the same fears. They too were worried about how they would be perceived. What if the audience didn’t find them engaging and interesting? Would people like them?

By Day 2, I was watching the same attendees laughing and chatting with the new friends and connections they had made. I watched the presenters competently standing on stage, speaking and sharing their knowledge with hundreds of people.

I was reminded of the strength and courage in all of us. Each one of these people had felt fear, but had rallied themselves and continued on. Each one of them had drawn on their own ordinary courage.

Sometimes courage is just ordinary people with ordinary fears, pushing through their own discomfort to overcome those fears and experience something new.

Being terrified but going ahead and doing what must be done—that’s courage. Piers Anthony

If you have strong or irrational levels of fear or anxiety and would like some help in overcoming them, contact us today to find out more about our coaching and mentoring programs. info@beultimate.com.au or Phone: 02 8011 4011.

One on one sessions, confidential and judgement-free, tailored to your specific professional and personal development needs...

Our presenters will extend, entertain and challenge you and your team as you discover and discuss new tools and strategies...

Whether it's an engaging MC, dynamic keynote, or our range of educational and interactive workshops, we can bring the...

Be Ultimate because Ordinary is Over-rated

What Our Clients Say

I have been with the same company for nearly 10 years. Although in a leadership role and successful, I felt burned out, stressed and unhappy at work. This was impacting my work /life balance as well as my interaction with others. I needed to re-evaluate my career priorities and level up my communication skills. Cheryl took the time to listen and understand my situation. We worked together to better understand my strengths and values and how important it is for them to be congruent with my career development. With Cheryl’s guidance I focused on the steps I needed to make to remain myself, whilst becoming a better leader at work. Cheryl’s style, attitude and easy to follow steps are pragmatic and realistic. She provided me with tools I could use every day to remain focused on changes I needed to make to achieve what I wanted.This is an ongoing journey but I am now more confident, have a deeper understanding of both myself and others, have the tools to perform better at work and am maintaining a more fulfilling work-life balance.

I met Cheryl as I started a personal journey in seeking greater clarity for my career. It has turned into much more and I am most grateful to her for helping me understand myself much better as well as how to interact with those around me. Both professional and private. Cheryl has been a source of strength and insight. Her warm and friendly nature makes it easy to relate to her. She challenges the status quo and help me improve many aspects of my life. A number of my colleagues have spent time with Cheryl and all feedback has been positive. I would highly recommend her.

We were lucky enough to have Cheryl come to our Annual Team Conference where she presented a Creative Thinking Workshop for our Team. I would high recommend Cheryl and the workshop for anyone who is looking to open their minds and expand the vision of the business. The workshop was highly interactive with the concepts and ideas being able to be implemented relatively quickly and simply into our business.

I have seen and worked with Cheryl on a number of events and projects she is a part of. So when it came to organising an EA/PA Networking event, I knew she was the right person to be our guest speaker. Cheryl is an engaging, humorous and energetic presenter, who can relate easily to a room of 10 to 100+ people. She brings a world of knowledge and experience to her presentations and her real-life business examples reinforce the messages she presents. Cheryl is definitely someone I would recommend to present at any corporate workshop.

I attended Be Ultimate’s workshop on Stress Management. It was amazing! It was exactly what I needed to understand how to manage my busy days. Cheryl taught us practical, easy to implement strategies that worked for me from day 1 and I haven't looked back since. I highly recommend Cheryl as a coach, and recommend her 2 hour workshops for anyone.

I have attended two LinkedIn workshops run by Be Ultimate and I have found them to be extremely informative, professional and succinct, whilst also being very personable and fun. I have already implemented new content and knowledge learned at the workshops ... starting at the actual workshops itself!

Thanks for your fun and informative workshop sessions.

Cheryl provides an incredible bouncing board to lead you through your journey of reinvention or simply to gain reinforcement that the path you’re on is the right one. Cheryl is an awesome person who truly cares for other people, wants to see them achieve their goals, isn’t backward in coming forwards when you need the prod in the right direction and will encourage you to see the great results you are accomplishing when they may not be as obvious to you.

I highly recommend Cheryl to anyone who is looking for business advice, a change in career or simply wants to gain some solutions to taking a positive approach to life.

Cheryl has facilitated a number of conferences for Liquid Learning in both Australia and New Zealand and has always been a pleasure to work with! Cheryl is helpful, punctual, reliable and always professional. She is very skilled in keeping the conference running to time and lifting the energy of the room as she facilitates Q&A sessions. Cheryl also frequently runs workshops with us and does regular speaking spots which she always receives great feedback for.

With the majority of delegates rating Cheryl’s keynote presentation at the IOPO Conference 5 out of 5, she exceeded our expectations! Cheryl is truly passionate about helping businesses to succeed and thrive.

Cheryl has been a delight to work with over the past 7 years. She has assisted our business, Independent Garden Centres, with professional development workshops, she has been of great support to me as a coach. Cheryl has emceed the last two annual IGC Retail Conferences with an engaging and fun style, and she has been one of our conference keynote speakers who held the undivided attention of the delegates with ease. I thoroughly recommend Cheryl Alderman in any of these capacities.  Cheryl is a consummate professional who quickly builds rapport, she clearly enjoys sharing her knowledge with others, and there is always an element of fun which oft missing in many professionals.

In this workshop we were introduced to a range of simple strategies that the group could adopt to manage the inevitable stress and tension experienced in corporate and every life. The cynical group loved the practical and interactive approach of this workshop and were highly engaged throughout the 2 hours. The presenters brought in lots of great exercises. I am happy to recommend this Managing Stress workshop and both presenters to other corporate groups.

Working with Cheryl has had benefits that have reached far beyond me as an individual. She has helped me to become a better leader and elevate the effectiveness and potential of my entire team. Cheryl's coaching has raised my self awareness, shifted my focus to control what I can control, and given me tools to realise opportunities that I wouldn't have thought possible before our first session.